Jade farming is one of the greatest pleasures of jade collectors. It is close to the body and meticulously cares. After a long and long period of playing, it is like a butterfly struggling through the shackles. The jade gradually removes the rough soil shell and restores the spirituality, moistness and color of the past. The brilliant brilliance blooms in the palm of your hand. That sense of accomplishment is irreplaceable.

Panyu is very particular about it. Once the method is improper, a piece of jade will be destroyed in his own hands, so the collectors are extra cautious when they are jade. In the Qing Dynasty, Liu Datong, the great collector of the Qing Dynasty, clearly put forward the concept of the literary disk, the martial art and the Italian plate in his book "The Jade of the Ancient Jade". The collectors of the future were regarded as the standard. 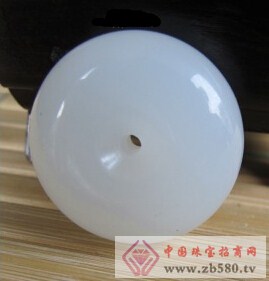 Jade with the people will play, it will become more lustrous and oily, therefore, not only need to buy jade when you need skills, Panyu is also a learning, good jade, can make your beloved jade "rejuvenate". So how do we get to the jade? The following small series will introduce several ways of Panyu for your reference:

A piece of jade puts her in a small cloth bag, hides and hides it, uses the body's relatively constant temperature, and then plays it on the hand in a handful of years until the jade is restored to its original appearance. The texts are time-consuming and laborious, and often do not work in three or five years. If the time of entering the soil is too long, the playing time is often ten years or even decades. In the history of the Qing Dynasty, there were stories of father and son who had a piece of jade in the past two generations. The story of playing a piece of jade is endless. The Nanjing Museum hides a piece of jade that was unearthed in the Qing Dynasty. It was played with a patina and was very moist. The experts estimated that this piece of jade has been played with a nail (60 years) or more.

The so-called martial arts is to use the power of man-made, constantly playing, to pray as soon as possible to achieve the purpose of playing. This type of jade merchants use more. After a year of wearing the jade, the hardness gradually recovers. After wrapping the old white cloth (not to be colored), the hired person will be rubbed day and night, the jade will heat up and heat up. After a period of time, it will be replaced. The new white cloth is still rubbing constantly. The high temperature of the jade rubbing can quickly push out the lime soil in the jade. The color is constantly condensed, and the color of the jade is brighter and brighter. The jade can be restored in about one year. However, if the martial arts are slightly inadvertent, the jade may be destroyed.

It means that the jade collectors hold the jade in their hands and play while thinking about the virtues of jade, constantly extracting the essence from the virtues of jade, and raising their own temperament. Over time, they can reach the noble realm of the combination of jade and human beings. The jade was cured, and the spirit of Panyu was also sublimated. The Italian market is a very high realm. The spirit of the face is not so much a human jade. It is better to say that it is a jade plate, a jade is one, and a spirit is psychic. In history, few people can reach such a spiritual realm. Impetuous modern people.

The demand for the spirit of the Italian plate is too high. The martial arts must ask people to keep on the disk for a long time. The cost is too high. Most of the current jade collectors adopt the method of combining the platter with the platter, which is worn close to the body and is always played in the hands. However, no matter what kind of jade method is adopted, the new pit jade can not be played immediately. After one year of possession, the hardness should be restored.

There are a lot of taboos in Panyu, bogey, avoid hot and cold, avoid hot, roast, avoid acid, avoid oil, avoid dust, avoid chemicals, and avoid greed, avoid blackmail with those chemicals, smoked fire Panyu is a violent thing and should be cast aside. The majority of jade lovers should pay attention to the identification of jade when purchasing.

One avoids oil. Some people love jade, commonly used grease to rub the jade table, in fact, this will damage the jade. The real way to love jade is to gently wipe it with a soft white cloth. Two taboos. "Jade is connected with stolen goods, which contains both astringent taste and jade quality." Jade will not only suffer from ochre, but also taste can penetrate into jade. Therefore, we must pay attention to choosing the appropriate place to store the ancient jade. Three bogey. When the hands are filthy, you can't make jade. The jade itself is very sensitive to pollution. If you play for a long time, the lime soil in the jade will be difficult to withdraw, and the ancient jade will be greatly hurt.

Previous: Early summer when the summer can be used with the summer outfit mix and match pierced the early autumn new fashion