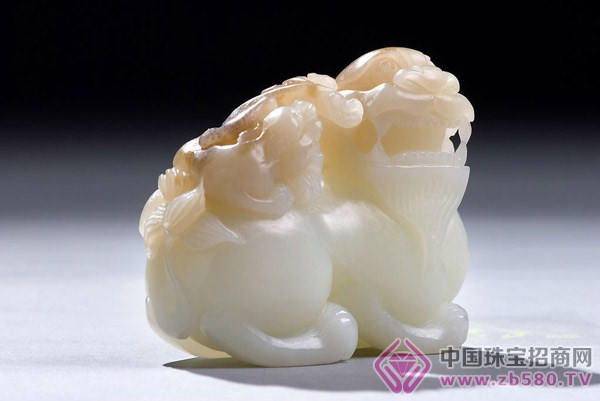 The Chinese jade culture has a long history, because the "Jade" comes from the "stone", the ancients called the jade stone "the beauty of the stone", and some scholars trace it back to the Stone Age, and call the Chinese jade culture history "Wan Year of jade history." In the long history of Chinese jade culture, the most dazzling is the white jade culture and the jade culture! Baiyu culture is the essence of Chinese jade culture, and it promotes the jade culture morality of white. In "Said Wen Jie Zi", it is mentioned that jade has "benevolence", "righteousness", "intelligence", "yong", and "clean" five virtues: "Jade color, warm and lustrous, Rende also; according to the texture can be outside In the knowledge, this is the same as the one in the table, and the meaning of the open-mindedness; the sound of jade, stretching and clearing, this is the wisdom and wisdom of the ambition; the jade is hard, the bend is not bent, the brave virtue is also; integrity and integrity, Jiede also. The ancients used jade to be a person, and Yubide, whoever is a gentleman, must wear jade. The so-called "gentleman has no reason, jade does not go to the body", "nine is jade, not for the whole", and pushes jade culture to a lofty spiritual realm. . The ancients' reputation for white jade is also used in the praise of women's words, such as Bingqing Yujie, ice muscle jade bones, body-like jade, flower-bearing jade appearance, fairy-faced jade appearance, flower-like jade, slim fiber jade hand, Tingting Yuli Wait, even if it is dead, it is also "fragrance and jade."

Baiyu culture has been circulating in China for at least several thousand years, and the jadeite as the jade culture appeared only in the late Ming and early Qing dynasties. According to the research of Mr. Zhang Zhubang (1995), the time of discovery of Burmese jade is up to 500 years ago during the Ming Dynasty. In the Yuan and Ming dynasties, the locals of the jade production area were still in the tribal period of slash and burn, and it was impossible to use jade as a treasure. After the Three Rivers in the Ming Dynasty, the Han people flooded into the Gaoligong Mountains and the west, bringing a lot of jade culture knowledge, which enabled the discovery of jade to have an economic and cultural foundation. At the end of the Ming Dynasty, jade was used as a craft. And the decoration, the quality appraisal, processing, and price system have gradually matured; in the Qing Dynasty, with the adoration of the emperor and the people of Limin to the emerald, the jade became a precious jade treasure, its preciousness It is almost better than the Xinjiang Hetian Baiyu, which has been passed down to the world, and has become a treasure of the world.

It can be said that before the Qing Dynasty, the jade culture of China mainly spread the white jade culture morality of white. However, since the Qing Dynasty, people have been inheriting the traditional concept of white jade culture, while the green and beautiful Cuiyu fashion culture concept has gradually become popular. Green as a new wave and fashion has gradually been recognized by people, wearing jade called the emperor Baiguan and even the people of Limin, and even the preference for green jade can far exceed the white jade. A green jade bracelet can reach millions or even tens of millions of dollars, which is far beyond the reach of white jade. However, although people have changed their values â€‹â€‹in jade culture, they have not changed in the texts of jade culture. In real life, people admire the green jade culture and fashion concept, but they reflect the jade-related words and radicals in the text. The capital of the ministry is related to "white jade", but it seems to have nothing to do with the green "cade jade". Why did the Chinese jade culture, which inherited the concept of white jade culture for thousands of years, changed rapidly with the emergence of jade in the short period of more than 200 years? Moreover, the speed of change far exceeds the written changes, which makes people unexpectedly analyze one of the reasons for the change. The author believes that this has a close relationship with the characteristics of jade itself and the social background of jade. 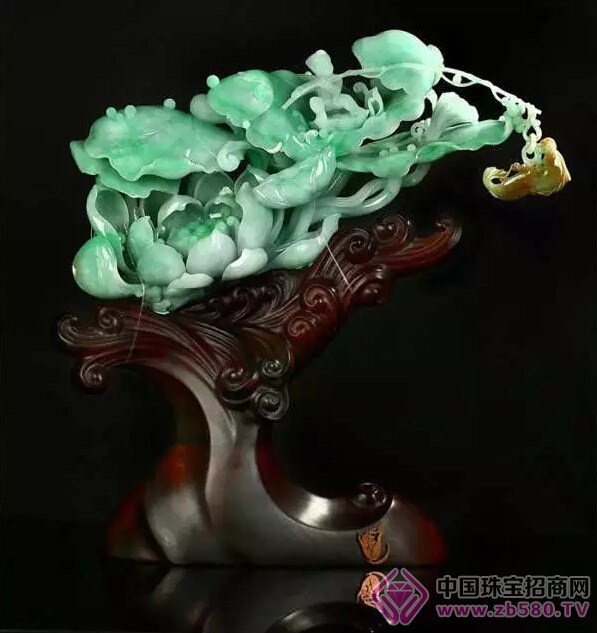 1. The nature of jade is very different from that of white jade

1) Jade has a bright luster. Jadeite is one of the rare jade varieties that show glass luster in the jade species. The surface is smooth and bright, which is very eye-catching. The white jade is greased, the surface is lustrous, and it is not as sharp and eye-catching as jade.

2) The green of jade is the embodiment of life. The most attractive thing about jade is its greenish green. The emerald green is mainly caused by the chrome in the jadeite minerals that make up the jade. The green is bright and bright, like the buds of the trees. It is a kind of green. The embodiment of life. There is also green in white jade, which is called jasper, but it is mainly caused by the iron contained in it. The green color is deep, gray and dark.

It can be said that the white jade is warm and lustrous, does not show sharpness, and does not reveal, reflecting the cultural characteristics of the traditional Confucian doctrine of the mean, and its dark green of jasper will not receive special attention. The difference between jade and jade is that its bright luster and bright green color give people a refreshing feeling, reflecting the bright, eye-catching and trendy fashion features. therefore. Once the jade appeared, it received more attention.

2. The worship of the willow branches by the manchu culture reflects the desire of the northern people for green and the pursuit of life.

Shaman culture is one of the cores in the northern national culture. There are three primitive worships in the Shaman culture: one is the worship of the eagle. The eagle flies high on the grassland, looks far, and can fight against the storm, and fly high, is a symbol of heroes. The second is the worship of polar bears. The polar bears grow extremely badly. They also come out for food in the cold winter. They fight against nature and reflect the spirit of fighting hard to fight hard and the indomitable spirit. The third is the worship of willow branches. Although there is no rhizome in the willow branches, as long as it is buried in the soil, it can take root and germinate, showing a strong vitality; and the green sprouts from the willow branches also reflect the beginning and recovery of life, which is the desire and pursuit of life. The embodiment.

We know that the north is snowy in the winter, everything is silent, and life is still stopped. Only in the spring, everything recovers, the grass on the grassland re-emerges, the earth appears green, and life begins again. People can go out and carry out animal husbandry and labor. Therefore, the northern people regard the emergence of green as a symbol of life recovery and are more eager for green. The worship of willows in the Shaman culture also fully confirms the northern people's desire for green and the pursuit of life. The bright green color of the jadeite is like the buds of the willow branches. It is the embodiment of green life, which coincides with the desire of the northern people for green.

Green symbolizes the recovery of life

Therefore, the desire of the shaman culture for green can be said to be one of the cultural foundations that the jade culture can spread rapidly during the Qing Dynasty.

In the Qing Dynasty, China, as a ruling class, came from the northern people. It has its own shamanic culture. In order to manage the whole of China, it must maintain its own national culture. At the same time, it must inherit the tradition represented by Han culture. Chinese culture. This makes the inheritance and inheritance of jade culture inherit the traditional white jade culture morality, and at the same time it is not completely bound by the traditional white jade culture concept. With the appearance of jade, it can also follow its own shaman culture. The pursuit and desire of green has opened up space for the establishment and development of the concept of Cuiyu culture.

In the traditional Chinese culture, the personal worship of the emperor's supremacy is deeply rooted. The so-called "Jun is going to die, the minister has to die." The things that the emperor liked, the minister of the imperial court, tried to get it, and offered it as a tribute.

The Qing emperor was influenced by the shamanic culture, and the desire for greenness led to a special preference for jade. In particular, the Empress Dowager Cixi's love for jade has reached a level of madness. In the Changchun Palace where she lives, there are all kinds of jade jade articles. The tea is made of jadeite bowls, and the jade chopsticks are used for meals. The emerald scorpion is inserted, and the jade ring is worn on the finger. In the folks, there is also a story of a pair of emerald watermelon hand pieces and a jade cabbage decoration that the Empress Dowager Cixi loved, and the jade cabbage is still in the Palace Museum in Taiwan. It is precisely because of the cherished emperor of the emperor and the officials of the Qing Dynasty that the Qing Dynasty imperial court and the Daguan dignitaries will inevitably lead to the pursuit and preference of the emeralds in the whole dynasty, which quickly pushed up the popularity and preciousness of the jade, making jade as the jade culture. One of the typical representatives is presented in the world, and its preciousness is even higher than that of white jade.

Next: Lightweight and quick-drying polypropylene